Started booking my Summer signing tour yesterday (in the absence of my trusty promotions team) and have already signed up 28 venues from Exeter to Ipswich!

After my wife upended my red-pocket-rocket, my perfect Pug, last year…
BEFORE

She managed to steer it right between those two trees, down an embankment, overturn it and yet escape with just a bruised thigh and scratched arm! Spectacular, huh? (She crawled out of the back door – the side doors were jammed till two burlies yanked them open) 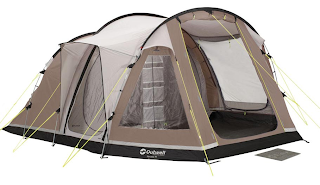 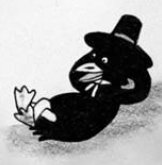 for five weeks – on strategically located hubs from Dorset to East Anglia, and sign in stores in towns radially reachable, returning home for the odd weekend – and that’s my summer holidays folks.
While all of you’s are sunning yourselves like beached whales on tropic sands or mediterranean shores
I work my little butt off.!
Posted by Alan Gilliland at 09:26 No comments:

A dreary whimsy in green…

Croaking loudly in the oxbow lakes in which they swim as the meandering river of the great plain sluggishly breaks free and starts to run by them, literary agents in their arrogance remind one of nothing more than this description in Emily Dickinson’s lines:
“How dreary to be somebody!
How public, like a frog
To tell your name the livelong day
To an admiring bog!”
In their own words, their opinions are “Riveting, riveting…”
The above a random thought sparked by this…
Dreary (David Miller) Agent’s response to Susan Hill “And prizes aren't about fairness. Anyway, hope you're having fun wading through the rest of the poo published this year.”
And of course, as an outsider, I admit in saying this to, maybe, you who are listening:
“I'm nobody! Who are you?
Are you nobody, too?
Then there's a pair of us — don't tell!
They'd banish us, you know.”
(As they would, if ever they found us out)
Remaining with the frog theme, does not a “knot” of agents seem particularly apposite?
And some say that to rub up frogs the wrong way is to risk the deadly poisons oozing from their pores. But then, we live in Britain, not some fetid jungle, where living trees are pulped for profit?
Posted by Alan Gilliland at 13:18 No comments:

Letter to Peter Cox regarding agent ethics and other matters

Article: Your agent should not be your publisher. Peter Cox.
http://www.redhammer.info/news/agent-publisher/
Posted by Alan Gilliland at 07:53 2 comments:

But I could easily have beaten it if I hadn’t sold out of Curd the Lion at 25 (including my own) by 4.15pm. This is fourth time I’ve been stymied by not enough books to sell when I might have topped fifty. Oh well.
Guildford still hold top honours, now shared. Thanks to all those Waterstone’s branches who have supported by signings over last two years. Here’s one person who does not think it’s clever to knock Waterstone’s staff.
Posted by Alan Gilliland at 00:43 No comments: